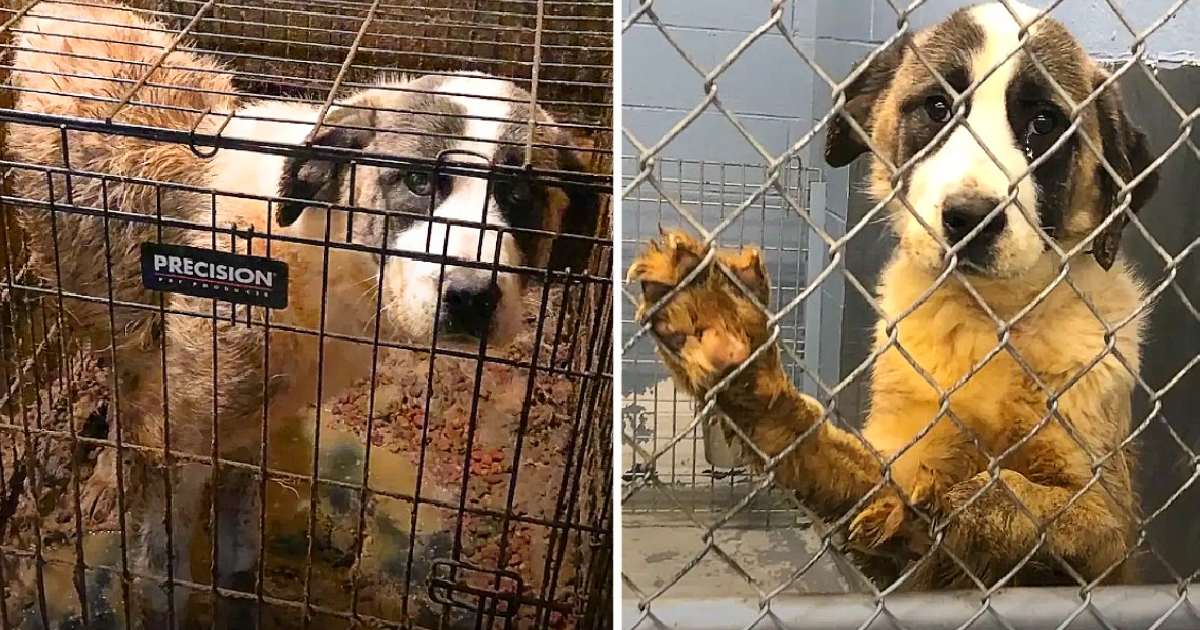 Angelica and Spud lived in tight cages at a Virginia household for six years, watching their lives slip away.

Angelica, a short-haired Saint Bernard, struggled to stand or turn around in the tiny cage, while Spud, a smaller terrier mix, whirled wildly in little circles. 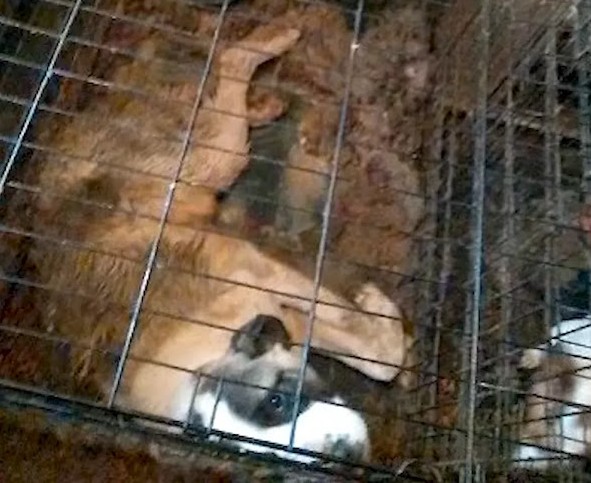 Then there was the rescue. Rescue & RemEMBER, to be exact. The Virginia-based group describes the bridge as “a bridge for Shelter pets to travel over before ending up in their fur-ever home.”

In a distressing video of the first time rescuers spotted them, the pair seems neglected – filthy, anxious, and famished. When their cages are unlocked, however, they escape for their lives.

They got back together after that. They had no one else for six years and couldn’t even communicate from their different jails. 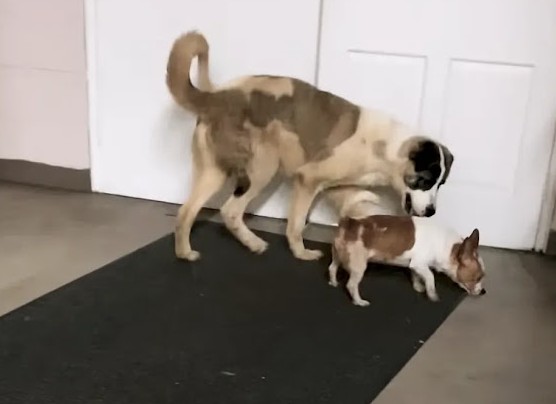 Even if it’s simply the kitchen of the home they’ve been locked in, they play and run, scrambling for each other and taking in what must seem like a vast new universe.

Rescue & RemEMBER, in partnership with Knine Rescue, Inc., went out straight away to find them everlasting homes. 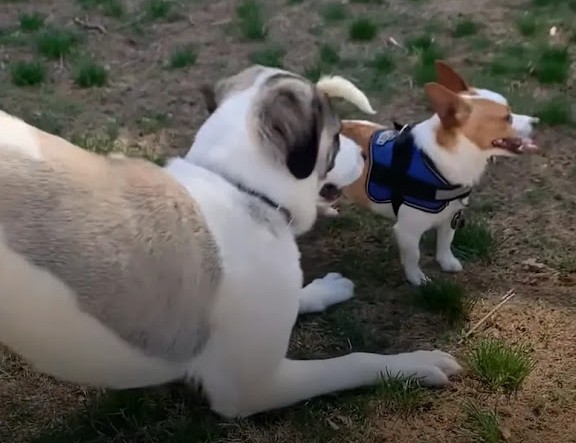 Spud was the first to be adopted, and he was adopted by a family that welcomed him as one of their own right away. Spud now enjoys the warmth of cuddling with his new family. 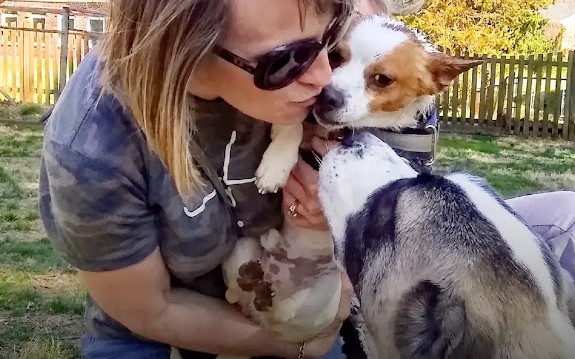 Angelica’s adoption took a bit longer due to her health difficulties, specifically her undeveloped rear legs. Regardless, she persisted with her treatment and emerged dramatically altered. 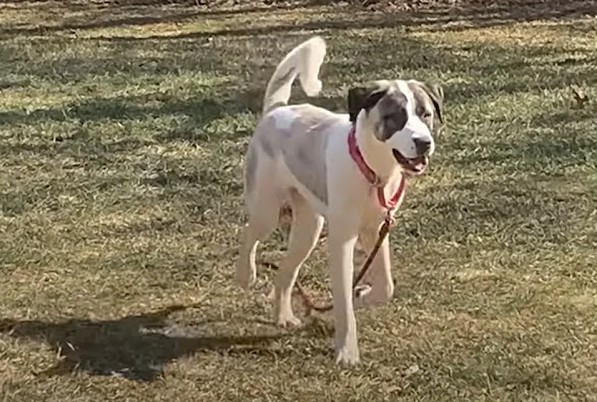 Despite their childhood abuse and neglect, Spud and Angelica now look forward to a happy future filled with love and camaraderie.

Watch the pair’s tale below, courtesy of The Dodo: