Home Viral Brave Boys Fight Off Huge Snake With Sticks And Leaves After It...
Viral This is the moment three young boys boldly approach a big snake that has coiled itself around their beloved dog’s lower torso and rear legs.

A video shows the oldest boy trying to pin the snake’s head to the grass with what looks to be a metal table leg, while the two younger boys attempt to get the snake to release their dog by flinging huge leaves at it.

The dog seems more disoriented than terrified as its human friends do battle with the lizard. 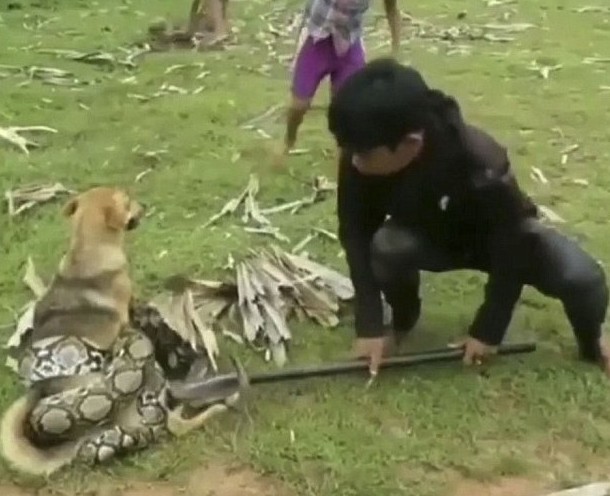 The elder boy uses the pole to drive the snake’s head to the ground, while his two pals try to unravel the serpent, which looks to be a tough effort at first.

They then hold the snake by both ends and pull in opposing directions, finally weakening its grip long enough for the dog to escape. 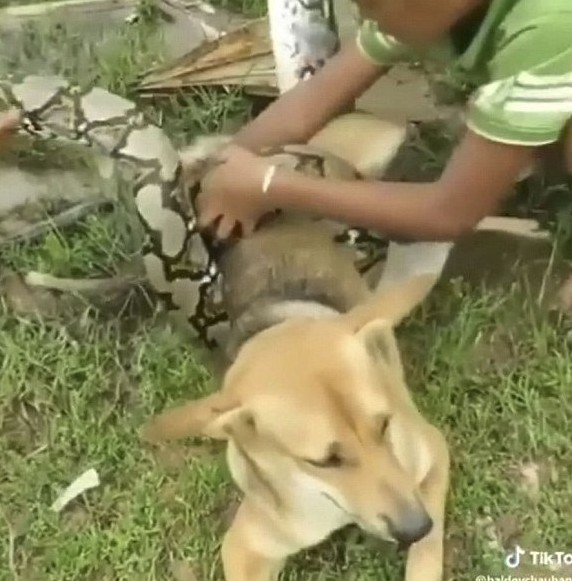 The dog looked uninjured by the incident. 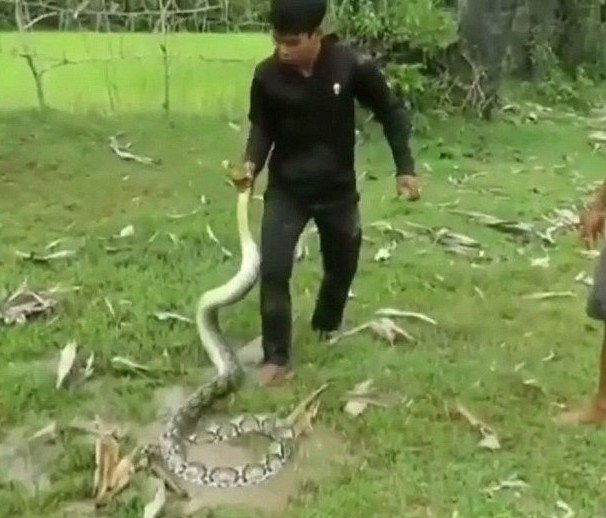 The larger boy then quietly proudly raises the writhing snake up by its head, its length surpassing his height.

The fate of the serpent is unknown.

It is not clear where the video was filmed.