While getting ready for their shift at 7 a.m. Tuesday, New Jersey State Police Troopers Ryan Koehler and Vincent Ferdinandi received an unexpected call: a golden retriever had been observed swimming in Barnegat Bay on the Jersey Shore and needed to be rescued.

The cops plunged into a 22-foot. Ferdinandi told PEOPLE that he used a Zodiac boat to get to the dog, who was around 75 yards from shore. They used a rope line to gently encourage the pup to land and hoist him onto a pier behind a house.

“He was exhausted,” Ferdinandi says. “Unquestionably malnourished and hungry.”

For good reason. According to Ferdinandi, Chunk, 3, was playing fetch with owners Marie and James Zangara on June 6 when he allegedly became afraid and ran off into the woods. 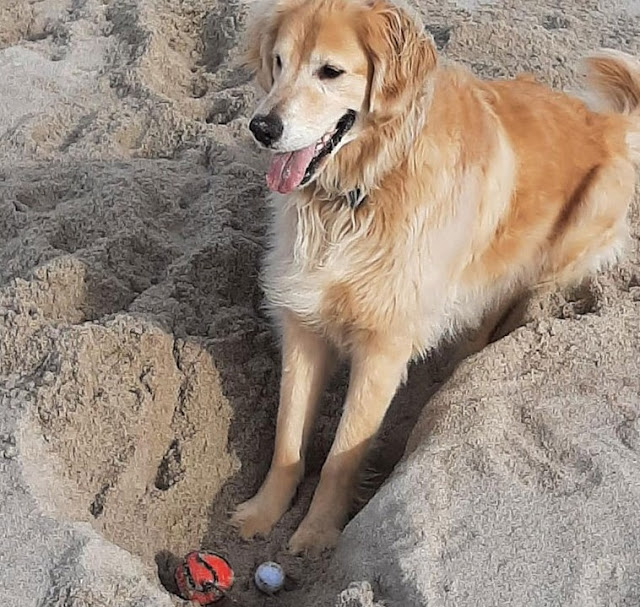 According to the trooper, a search campaign using social media, local police departments, baited traps, dog hunters, and trail cameras has been underway since Chunk went away from home on Sunday.

According to Ferdinandi, two joggers on the Mantoloking Bridge noticed Chunk early Tuesday morning; however, when they attempted to grab him, he jumped into the water. By the time he was rescued, he’d swum over two kilometers across the water.

Chunk appeared terrified of the soldiers once they were on land — “he kind of backed away from us,” Ferdinandi says. The two, though, kept Chunk secure by their sides until the dog’s family arrived. 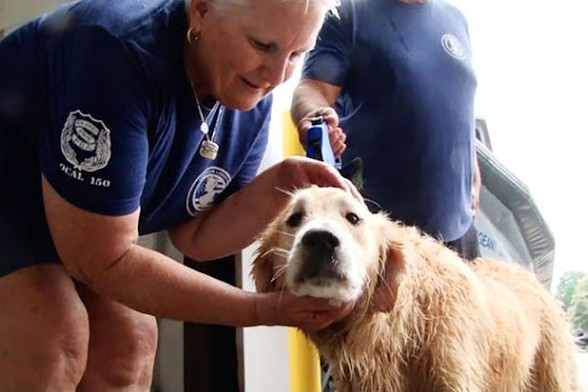 “Seeing their relief that a member of their family was back was incredible, and the dog was glad to see his family as well,” Ferdinandi says.

Koehler, a trooper for 16 years, has a rescue Lab/shepherd mix and understands how terrible it would be to have a dog gone for up to two weeks. “I absolutely get it,” he says.

“We’re just glad that the dog and his owners can be reunited,” Ferdinandi adds.

The New Jersey State Police posted the good news on their Facebook page early Tuesday, in a post that has been shared over 6,000 times.

“Troopers Koehler and Ferdinandi responded in a motorboat and discovered Chunk, who was swimming near the Mantoloking Bridge, and were able to safely bring him to land,” the State Police said in a Facebook post. 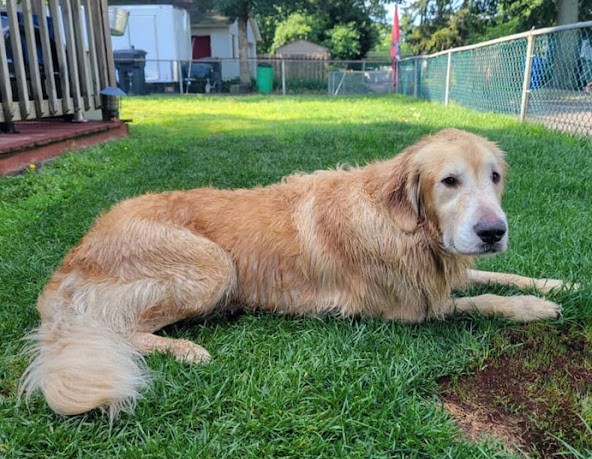 “Chunk, a three-year-old boy, has been gone for more than two weeks,” the message adds. “It goes without saying that he was happy to see his thankful owners again.”