Buddha had to hide behind some trash cans to avoid being stoned by children. It is crucial to note that this pit bull was assaulted while attempting to be gentle. He was, unfortunately, hurt.

Fortunately, Hope For Paws in Los Angeles, California, stepped in to help.

When the rescuers tried to approach the pit bull, he was terrified and confused. 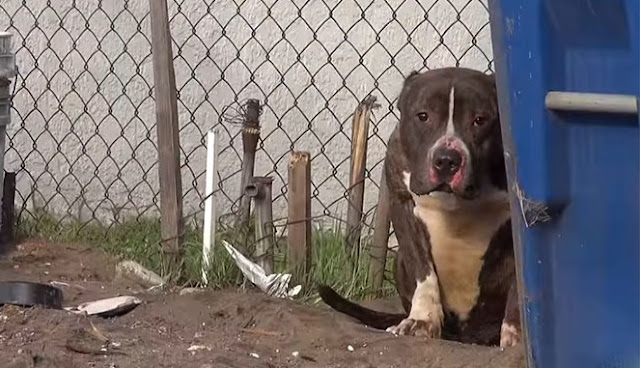 In the video, Buddha wants to come out of hiding, but his fear keeps him from doing so.

The pit bull had obviously suffered from starving on the streets for much of his life, but he couldn’t resist the temptation of a wonderful hamburger presented to him by the rescuers. 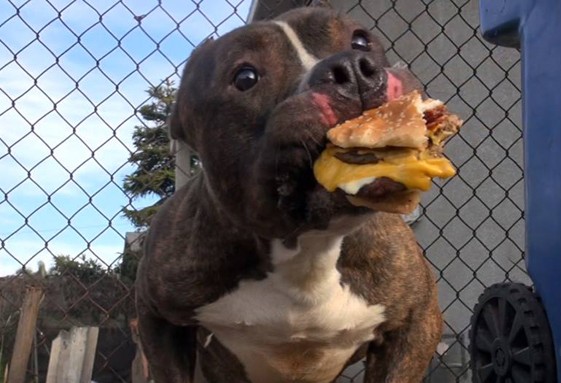 When they were eventually able to reassure Buddha that he was secure, the dog gently rested his head on the driver as they drove to the rescue facility as a symbol of appreciation and confidence. 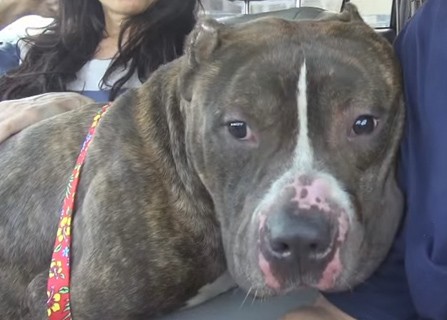 Many people feel that some dog breeds are “dangerous,” yet Buddha defied this belief by choosing to hide despite having the ability to defend himself. At all times, Buddha maintained a dignified manner.

Today, Buddha resides in a permanent place where he gets all the affection he merits. 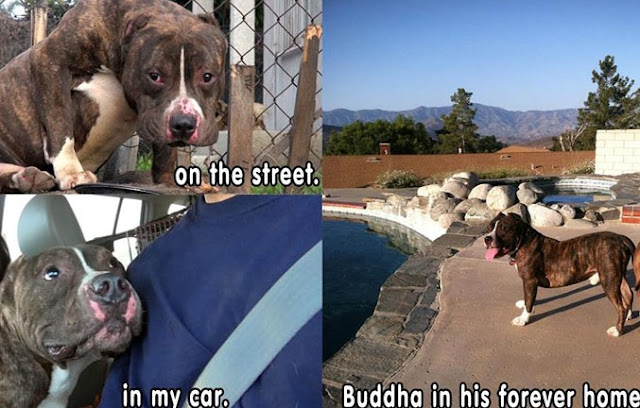 Watch the rescue of Buddha: