Home Heartwarming Man That Used To Make Fun Of Tiny Dogs Gets Rescued By...
Heartwarming

Man That Used To Make Fun Of Tiny Dogs Gets Rescued By A Chihuahua, Now Dedicates His Life To Saving Them 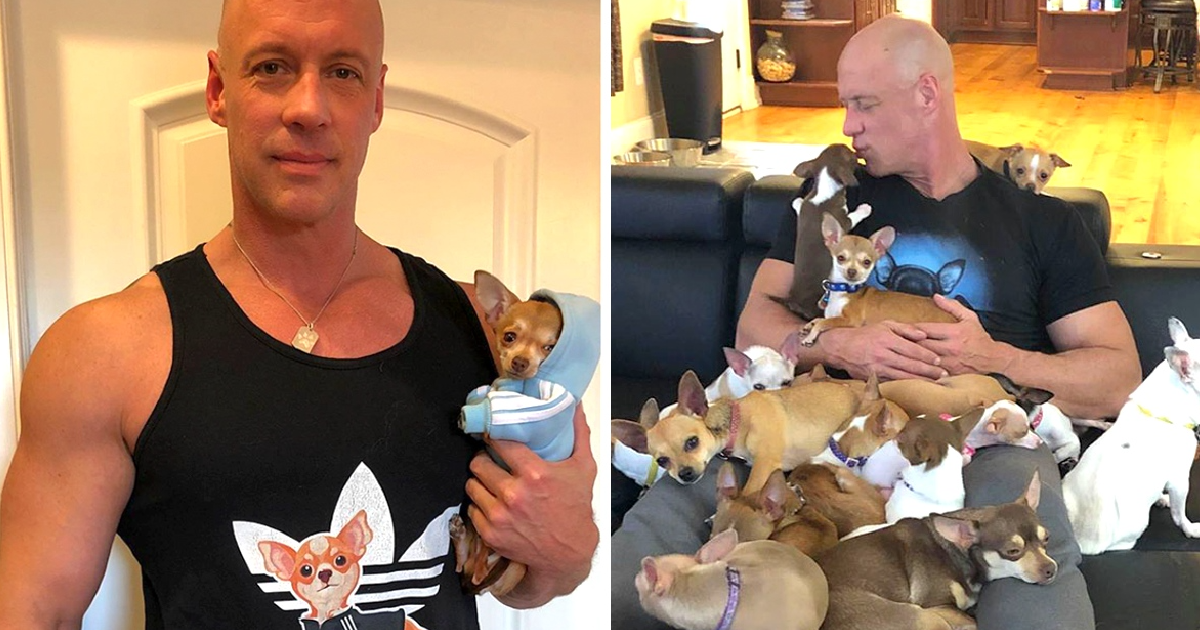 Even the big guys have weak points. We just don’t realize it until we meet someone special. Bobby Humphreys was the type of guy who didn’t want small dogs around, and he even mocked them. The Maryland bodybuilder spent most of his time in the gym or laying down hardwood floors.

Bobby has always admired Rottweilers because of their regal and commanding demeanor. In fact, he and his wife already had three of them.

His story took an unexpected turn on New Year’s Eve, when his wife left him. The following week, he injured his shoulder at the gym, necessitating reconstructive surgery.

Humphreys fell into a deep depression because he had no one to lean on.

“I’m a very sensitive person, and she was my world,” Humphreys explained. “I’d gotten disoriented. “I started drinking for a reason, not just for fun.”

As he recovered from his shoulder injury, he tried to get his life back on track, but depression was difficult to overcome. Everything seemed to be lost until Humphreys received a text message from his friend Constance Rogers. “Do you mind if Lady stays with you for a little while?” the message asked.

Lady, Rogers’ chihuahua, was off limits to Humphreys. But he felt compelled to help his friend, who had been there for him in his darkest hours. As a result, he decided to take care of the dog.

When he got home from work one day, Lady was peeking out of her kennel, which was strategically placed in front of the television.

“Screw it, I don’t care if this dog bites me or not, she’s not going to be sitting in a kennel,” he said fifteen minutes later. Constance arrived later to see Lady and was pleasantly surprised when she walked in. Bobby sat with Lady on his lap. 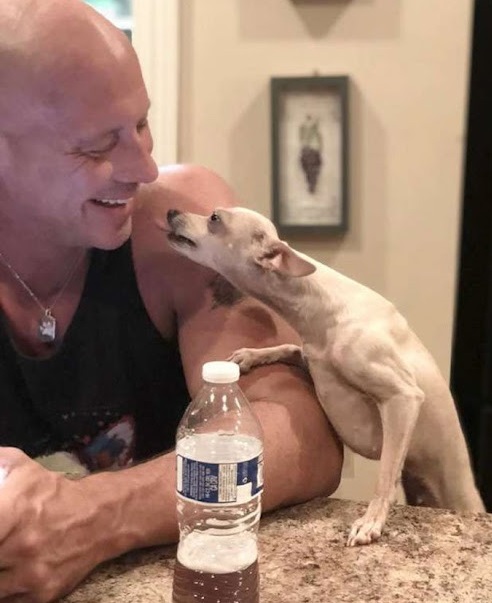 Humphreys and Lady spent the next few months getting to know each other.

Humphreys stated, “Lady changed not only my opinion, but also my life.” “What did she fail to do?” She helped me regain my dignity and self-esteem. She assured me that despite everything I’d been through, including humiliation, shame, abandonment, and so on, I wasn’t such a bad person after all.”

“This dog despised everyone.” She’d previously been known to bite a few people. This dog was not to be approached by anyone. Nobody. After only one and a half hours together, she and I were inseparable.” 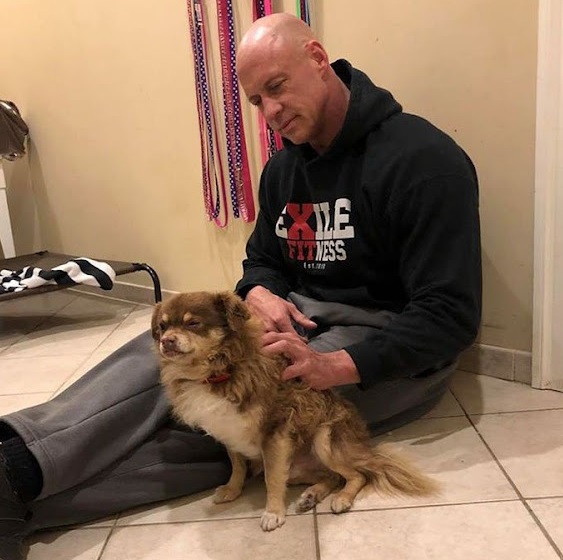 Humphreys realized Lady would have to return to her owner at some point, so he went in search of his own Lady.

That’s how he came across Kira, a one-year-old Chihuahua with a history of food aggression.

“She was dark and tanned, and she looked a lot like Lady.” When I saw her living conditions, I realized how easy it is for people to sell dogs on Craigslist and how little they care where the dog goes.”

After that, Harley and his sister Quinn arrived.

“I had to have Harley because she reminded me so much of Lady.” Bobby could tell something was wrong with her, but he couldn’t put his finger on what it was. ” When they went upstairs to find Quinny, the breeder’s daughter informed them that Harley and Quinn were the result of improper line-breeding. My first thought was that these dogs are so ugly that no one will buy them or throw them away, similar to the horror stories you see on Facebook. They were an absolute necessity for me.” 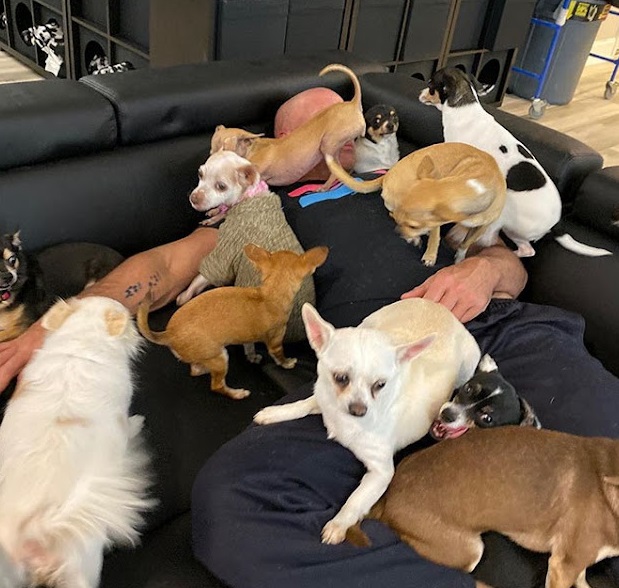 People began approaching him in droves, seeking his assistance. “There’s a case of hoarding and a case of confinement here.” It’s a lure dog. A dog discovered by the side of the road. A dog’s neck is wrapped in an extension cord. The longer this went on, the more I despised society.”

These heinous acts, on the other hand, only strengthened Bobby’s resolve. “I promised them all that no matter how hard they tried, they would never have to suffer abuse, neglect, abandonment, or the agony of loving someone who didn’t love them back.” 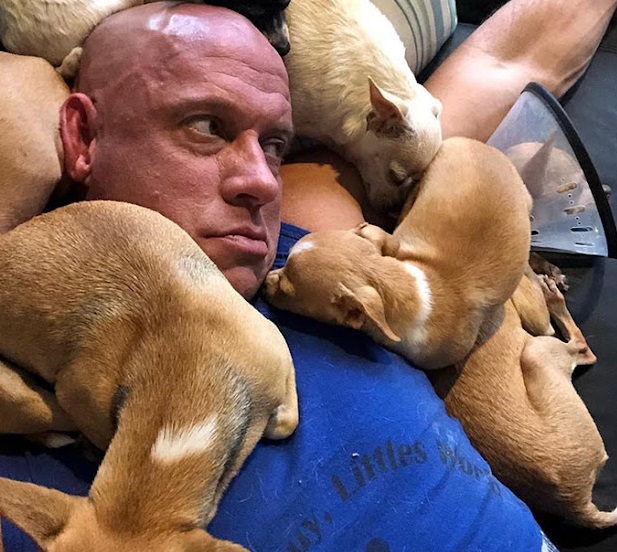 His passion grew into the creation of a sanctuary over time. Bobby’s idea was simple: he takes in unwanted dogs, cares for them, and lets them live their best lives.

“Once I’ve gained the dogs’ respect and attachment, I’ll make sure the only reason they leave me is if they find someone they like even more.” 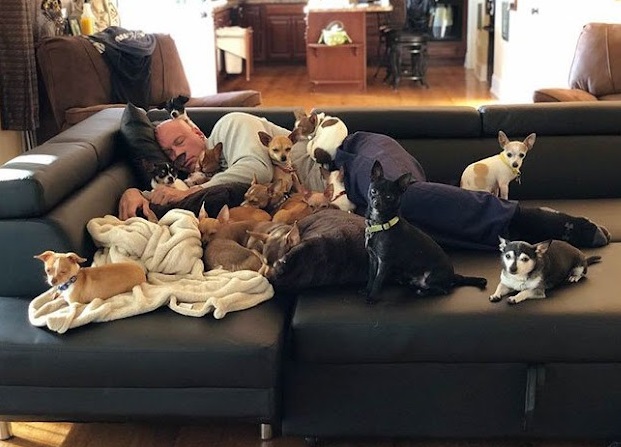 “Regardless of their circumstances or differences, the others will stay here and live happily.” They will be praised for their wonderful and unique qualities, and they will no longer need to worry about anything.”