Home Adoption Sad Dog In Shelter Can Barely Lift Her Head To Ask For...
Adoption John Hwang, an animal enthusiast and photographer, encountered a dog at a shelter that utterly stole his heart.

A sad dog at a shelter can barely lift her head to ask for a hug.

John Hwang, an animal enthusiast and photographer, met a nice dog at the Baldwin Park animal shelter in Los Angeles. The guy often visits such facilities to spend time with animals in need of affection, and it was there that he saw the 10-year-old dog, who was quite depressed and curled up in a corner, not moving at all.

The Dodo was informed by John. “My first reaction was that this dog was bashful or sad and didn’t want to engage with me.” “I was astonished when she came me when she saw me.”

Indeed, as soon as she spotted John, she went on all fours, and he observed that she was shivering slightly. 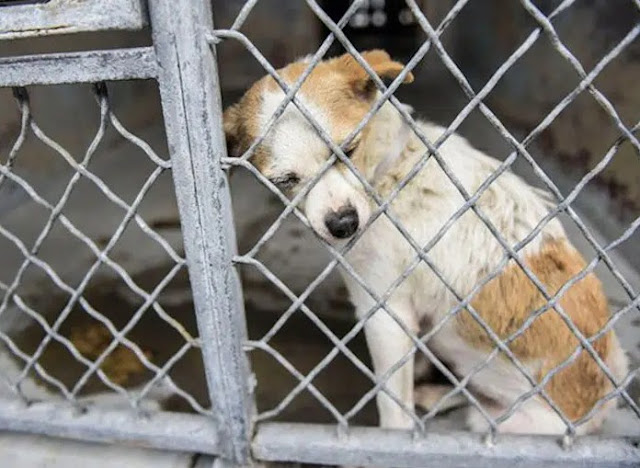 A shelter dog lifts her head to be petted.

“She appeared clumsy, yet the way she moved was adorable,” John adds. She was filthy, but her heart was pure.”

The dog wanted to be loved. She began by sniffing John from a safe distance, but before long, her body was leaning against the fence, as if yearning to be a member of a family. Of course, John began caressing her, and they spent some time together relaxing and enjoying one other’s company. 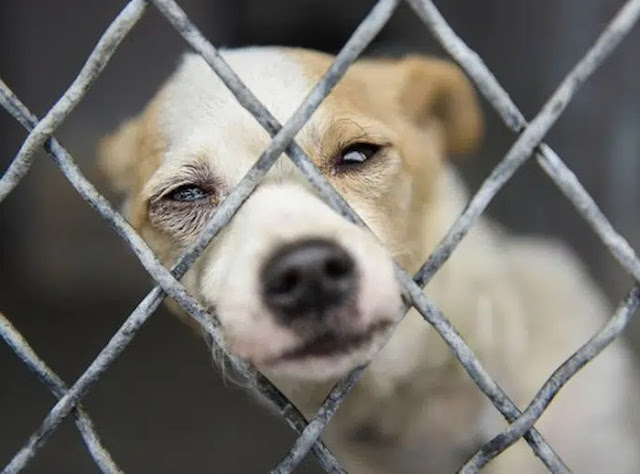 “We certainly could have sat there all day,” John continued.

Although the dog seemed afraid at first, she rapidly showed John all the love she had to offer, teaching us not to judge a book by its cover or a dog by its appearance. He has the impression that he is in a refuge.

She came to find a loving home, and her dream was granted. It turns out that this dog’s tiny deed made others feel so much affection and share her tale. Thousands of people have seen John Hwang’s images on social media. 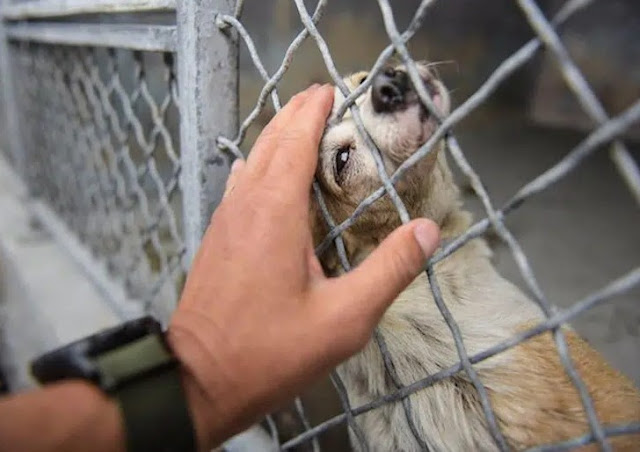 “A lot of people were in love with this female dog and were trying all they could to attempt to get her out,” John says.

Leashes of Love Rescue, which specialized in rescuing dogs from high-death shelters, was among many devastated by the dog’s fate. Cathi Perez, a group volunteer, picked up the dog, called “Annabelle,” as soon as the shelter listed her for adoption. When Annabelle was brought to Cathi, she was standing, offering kisses and waving her tail.

“She was so delighted to get out of her kennel,” Kathy explains. Simply going for a stroll outside. The second time she came out, she was overjoyed. She wasn’t the same dog anymore. 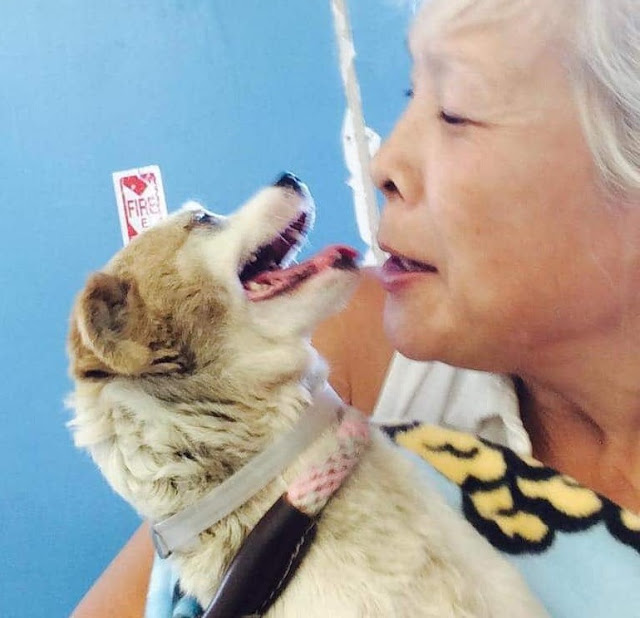 She was brought to the vet for a checkup to cure an eye infection, which was one of a number of health concerns that needed to be treated. She will be picked up in a few days by a lady who has already provided her a permanent home.