A lot of us prefer to shower our dogs with care and love, but regrettably, there are also some nasty animal owners out there, and it only proves that certain individuals should never be near animals for their own safety.

One of those individuals was Chunk’s owner, a beautiful three-month-old dog who had lost all of her zest and vitality. Ever since she was born, her owner abused her cruelly. After three months, they just abandoned her on the side of the road, chained to a tree so she couldn’t escape.

The poor dog was left out in the rain, absolutely in terror and presumably wondering what she could’ve possible done wrong. Luckily, the local fire department came discovered the imprisoned dog, even if it was coincidence. During a frigid October day in Sacramento, a member of the department managed to save Chunk just in time. 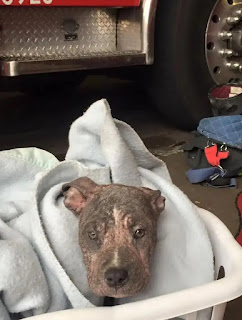 They were really responding to an urgent call and observed the four-footer by the side of the road. Because it was an emergency, the crew couldn’t simply quit right away but had to come back when their call was dealt with.

The tough weather was particularly hard on her, the firemen still remember how the poor little creature was totally shivering due of the cold. Firefighter Mike Thawley was the one who chose to take tiny Chunk under his wing and brought her back to the fire department station. Mike and his colleagues did all they could to offer this unfortunate pooch some well-deserved love and care. 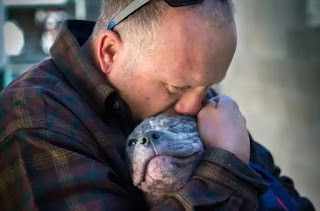 Because she was still feeling tremendously cold, the first thing they did was offer her a warm bath followed by a lot of embraces and cuddles from a number of firemen.

She wasn’t simply suffering from the cold, though, it was evident from the outset that she was coping with severe mange. It’s absolutely not unusual to observe the skin condition in dogs who were mistreated or abused by their owners. Chunk got first assistance from the fire station and was subsequently transferred to an animal shelter for additional treatment, and to one day find her loving permanent home. 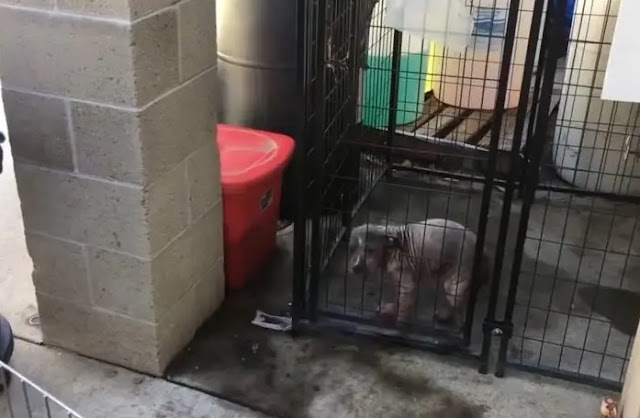 The Front Street Animal Shelter brought her in to treat her mange and made sure she would make a complete recovery. A foster home was also established where she could reside temporarily till she felt healthier. It did take a bit before her fur would start to grow back, and Chunk’s recuperation didn’t proceed as easily as they had imagined.

While Chunk was spending her days in the shelter or at her foster home, there was one person in particular who couldn’t stop thinking about her. Firefighter Mike Thawley returned to the shelter with quite the surprise. The pitbull clearly didn’t forget who this guy was, and you can see see how lively and pleased she is when she reunites with her saviour. 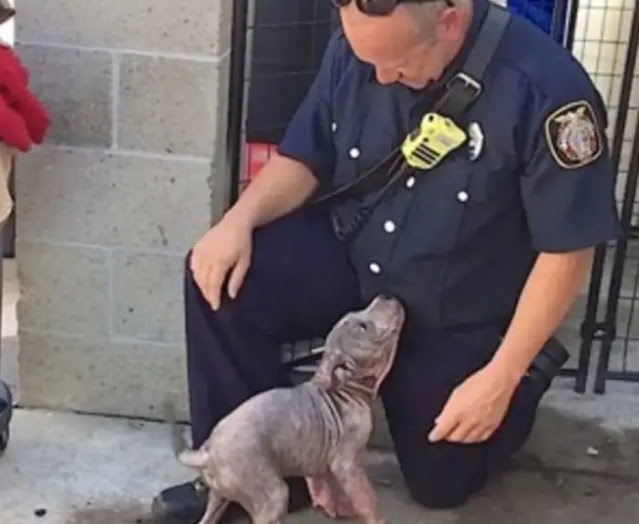 “We all just sort of fell in love with her,” the Sacramento Fire Department said on their Facebook page.

Mike didn’t come to the shelter alone, his wife and three girls came along too. And they were there for a specific cause! The fireman and his family were eager to take care of her forever. 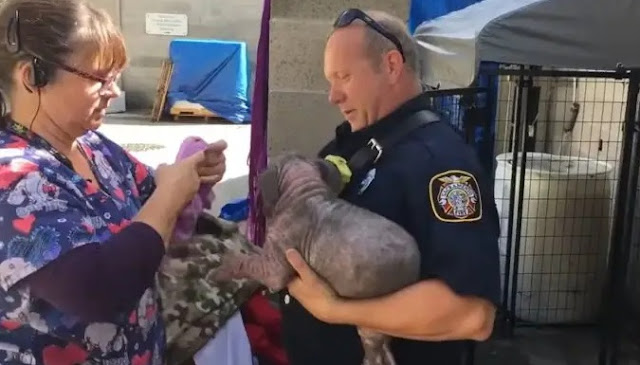 “Although Mike disputes it, it looks by a vote of four to one that Chunk could end up with a permanent home!” the post adds with a grin.

Firefighter Mike Thawley returned to the Front Street Animal Shelter today with his family. The gang was there to bring foster puppy Chunk home. Chunk was rescued from Engine 14 by Mike and the rest of the crew last Sunday and has been healing at the shelter. Despite Mike’s denials, it looks that Chunk will get a permanent home by a vote of four to one! Thank you to Bobby Mann and the rest of the Front Street Animal Shelter team for your continuous dedication to our community.

Mike and his family had to wait four months for her mange treatment to be completed before they could take her home, but they were all quite thrilled to adopt her after all that time. 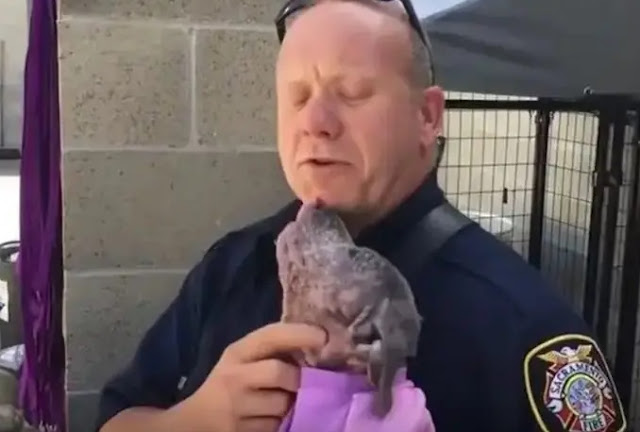 “I think what’s fantastic about this entire story is that not only did this dog get its forever home, but got the chance to go to a foster home, which we’re always searching for at our shelter, to become happy and healthy,” one of the shelter staff members, Bobby Mann, noted.

Be sure to check out Mike’s adorable first reunion with this brave pitbull puppy below.