A very special puppy accomplished yet another incredible milestone on November 28. On that joyous day, her name is Sasha, and she celebrated her 12 week birthday.

Most puppies take becoming three months old for granted. But for Sasha, who was born with hydrocephalus, a cleft lip, and a cleft palate, every day is a blessing.

Since her birth, Sasha has been in the skilled care of special needs cat rescuer Marie DeMarco. Her rescue organisation, FURRR 911, stands for Felines Urgently Rescued, Rehabilitated, and Rehomed.

DeMarco specializes in caring for ill, wounded, or special-needs cats as well as bottle-feeding orphaned kittens. She refers to these essential circumstances as “perfectly flawed.” 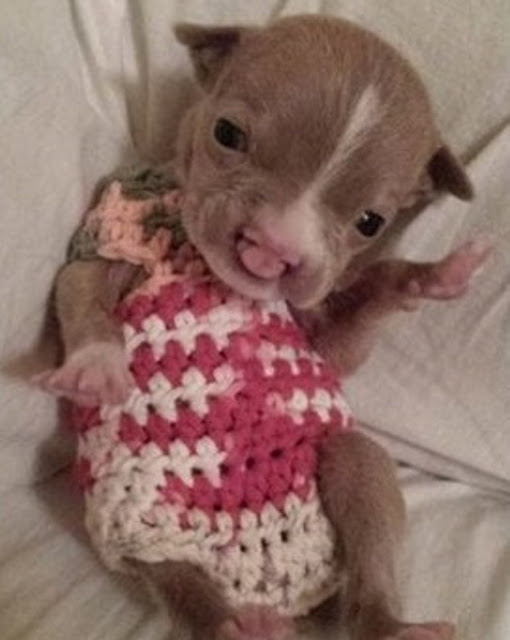 When she saw Sasha, she knew the pup would fit right in – despite the fact that she was a dog!

“She has been a fighter from the beginning and has overcome several difficulties in her short time on this world,” DeMarco stated on Facebook. “I’ve worried and stressed as her foster mom, lost a lot of sleep, and grown a few new grey hairs, but none of it matters when I look into her eyes.” 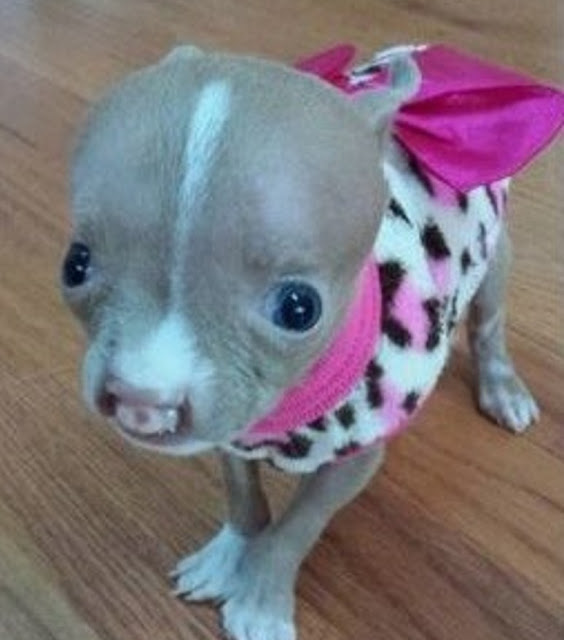 Given the terrible sickness she just overcome, the teeny small pup now weighs just over two pounds, which is reason for excitement. Upper respiratory infections are prevalent in cleft palate puppies, and Sasha was no exception.

She was suffering with a fever, nasal congestion, vomiting, an infected eye, and a loss of weight. Sasha couldn’t afford to lose weight at a weight of little over a pound!

DeMarco got even more anxious when Sasha did not improve after antibiotic treatment. The fragile pup’s temperature had returned to normal, but she was still lethargic, shaky on her paws, and reluctant to feed. 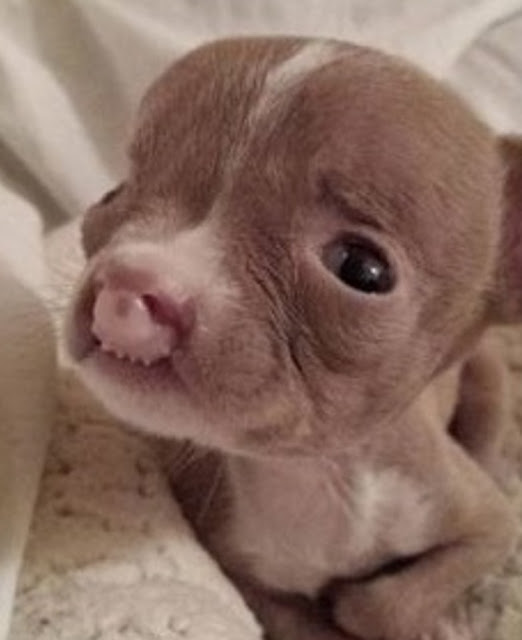 DeMarco returned Sasha to her neurologist, worried that her problems were caused by hydrocephalus.

With the specialist’s instructions and a rigorous daily routine of drugs, fluids, and tube feedings, Sasha started to recover. By the time her 12 week birthday came, she was back to her feisty, snuggling self!

“Sasha is a very calm and reserved puppy,” says DeMarco, who will most likely go from Sasha’s foster mom to her permanent mom. This is not your average puppy. She loves to sit next to or on top of my foot.” 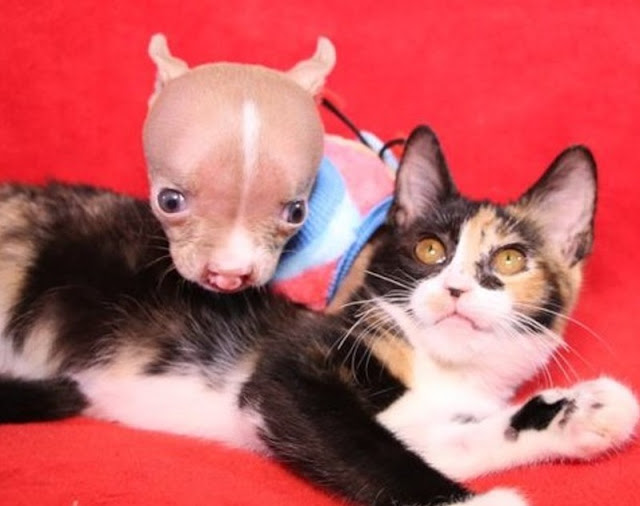 She also likes to cuddle with her feline companions and other rescues, even if they are bigger than her!

Sasha has a rough journey ahead of her with no promises, but she is surrounded by a tremendous amount of love, commitment, and support.

“This puppy is a great inspiration,” DeMarco added. “Despite her congenital defects and medical condition, Sasha proved to be a fighter with a strong determination to life.”

Update: Sasha crossed the Rainbow Bridge in March 2018, not long after turning 6 months old. She offered love and delight to her human, canine, and feline friends throughout her short life. Sasha’s memory is being kept alive via rescue by FURRR 911, which has now taken in additional cleft-palate puppies.